“[E]ach one of us has a different legacy and what we want to leave. And, whatever part I’ve played on this, I’m proud of. And, I hope that’ll be part of my legacy that I was here at this point in time, was able to do something and contribute something with a whole bunch of other [trailbuilders].”
-Dave Mankamyer, June 2005[1] 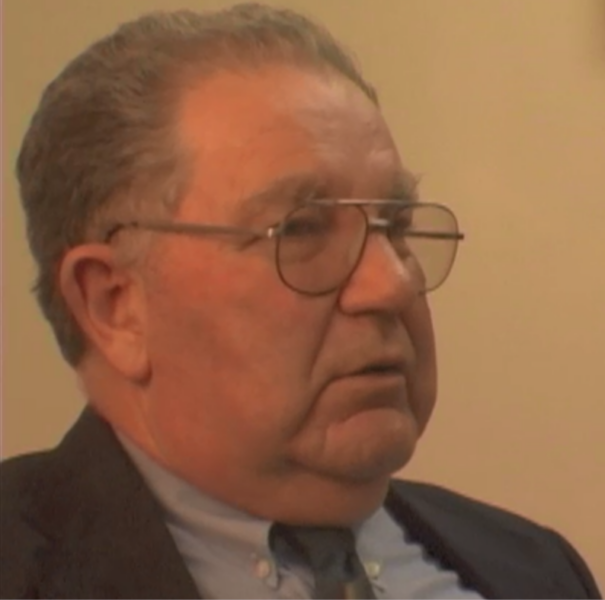 Land ownership over the right-of-way along the Western Maryland Railway was vital to the development of the Great Allegheny Passage (GAP). Without this, the dream of creating one continuous trail from Pittsburgh to Cumberland would have gone unfulfilled. Dave Mankamyer, a Somerset County official and former chairman of the Somerset Conservation District, brought state and federal attention to the potential of a trail system in Somerset County, eventually evolving into the GAP.

In the late 1970s, Mankamyer served as chairman of the Somerset Conservation District.[2] This volunteer organization was a partnership between Somerset County and the State of Pennsylvania that oversaw land conservation, primarily for soil and water.[3] Once the Department of Conservation and Natural Resources (DCNR) opened the Ohiopyle to Ramcat portion of the trail in 1986, Mankamyer heard from residents of Confluence and Meyersdale – further northeast of Ohiopyle – that they wished the trail would continue to their communities.[4] In response, Mankamyer consulted State Legislator Bill Lloyd about building sections of trail into Somerset County along the Western Maryland right-of-way. While Lloyd shared that the state government saw little benefit in the project, he passed along the idea to Congressman John Murtha to see if it would align with America’s Industrial Heritage Project (AIHP) initiative to build up economic infrastructure and tourism based on historical preservation.[5] Mankamyer and the Conservation District agreed to implement the development process, but an organization would need to lead it given that trailbuilding was outside the scope of the Conservation District.[6] Nevertheless, the trail would provide opportunities to acquire land for preservation and help lead efforts to clean the Casselman River. The National Park Service granted $10,000 for a feasibility evaluation in 1989, which confirmed the right-of-way in Somerset County was perfect to develop a trail.[7] 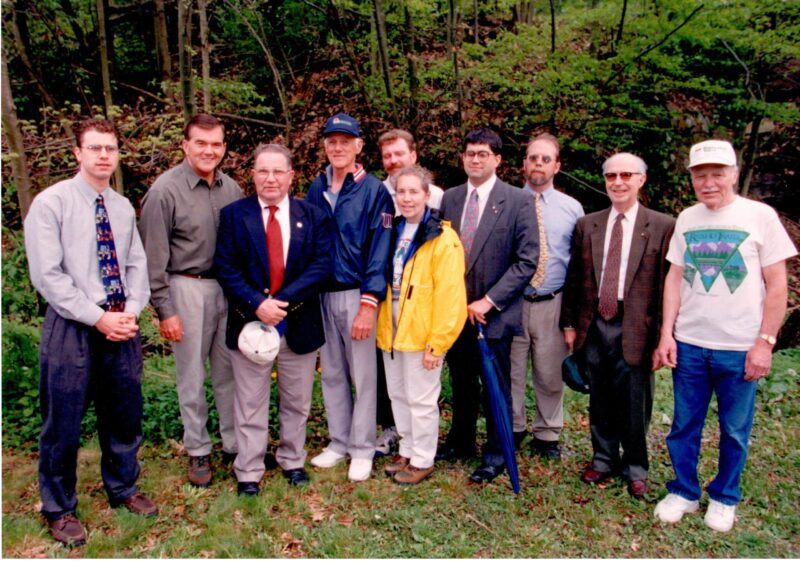 To generate funding, Mankamyer and his fellow trailbuilders got creative on the local level. Somerset County Rails-to-Trails Association (SCRTA) founder and Somerset Chamber of Commerce representative Hank Parke had experience coordinating recycling efforts in Pittsburgh under the GRIP program.[8] Anything from glass bottles, cans, and tires to washing machines and larger junk was salvaged from the trail for cash. Somerset used the funds accrued from recycled trash to help supplement funding in Somerset for the GAP and gain local interest in the project.

In 1992, Mankamyer was elected as one of three Somerset County Commissioners and used his position in office to make purchasing the Western Maryland right-of-way a priority.[9] Mankamyer, along with Parke and Somerset County Solicitor Kim Gibson, travelled to Jacksonville, Florida to facilitate the purchase of 41 miles of CSX-owned property in Somerset County. Using federal AIHP grants totaling $200,000, Mankamyer and his team were able to secure the right-of-way purchase through three separate purchase agreements.[10] The purchase agreements were segmented from Rockwood to the Salisbury Viaduct, from the Salisbury Viaduct to the Mason-Dixon Line, and also from Markleton to Confluence. To avoid liability issues for the bridges and tunnels along the right-of-way, Somerset County took ownership of those structures and the Somerset Planning Commission took control of trail development.[11]

“There’s no one man [who] built it, you know, I certainly didn’t do it. But, I helped keep it going. […] Hank [Parke] thought it was a good thing for the county, he put a lot of his time into it. And that’s what kept it moving. He’d call me and I’d call him and when we would run into a snag. And then one advantage of being a County Commissioner–when you’re just an average farmer here you call somebody, call a politician. They might not call you back. But, the County Commissioner calls them, [I] always got my calls returned. ‘Cause, you know, we were out there we were talking to the press all the time. They want to keep [me] on the good side.”
–Dave Mankamyer, September 26th, 2017[12]

With the land acquired, building could begin. Construction started with the Rockwood to Markleton groundbreaking on April 24th, 1992,[13] with 7.5 miles completed in 1993. While Mankamyer recalled some landowners being reluctant to have a trail built through their land – one particularly agitated landowner called Mankamyer a “communist” – most private landowners warmed up to the idea of the trail after this first section was built.[14] In 1994, Mankamyer oversaw the completion of the Rockwood to Garrett section, with various “short stubs” of trail being built around the Pinkerton Tunnel and into Fort Hill.

“[W]hen I was a commissioner, all the County Commissioner’s meetings and seminars we had–they’d meet quarterly in the state. And the first one that I went to when I became a commissioner, they had a seminar on the trailbuilding. And I went down and went into it and I went in a room and there were two people in there, you know, like 300 people in this seminar. Nobody was interested. When I come out–I was there for eight years–the last one I went to, they had the same thing. They had a trail seminar. I went down, they were standing out in the hall trying to get in. So, we led the way. Once they [saw] what was happening to our trail then they all of a sudden, everybody wanted the trail.”
-Dave Mankamyer, September 26th, 2017[15]

Mankamyer also had a hand in organizing what would be known as the 1995 Allegheny Trail Alliance (ATA) trail summit. Trail groups and interested parties from along the trail corridor from Pittsburgh to Washington D.C. gathered to discuss moving forward as a combined effort.[16] From that point forward, the idea of an unified effort to complete the trail under the blanket of the ATA would drive the GAP to completion.

During his time on the Conservation District board and as a county commissioner during crucial moments of trail development, Mankamyer was able to secure swaths of property for the benefit of Somerset County and the GAP itself. Overall, without political influence and partnerships both within Somerset and across county lines, the entire $27 million project would not have been possible. Mankamyer’s legacy as GAP trailblazer and advocate is greatly appreciated.