“I enjoyed [being Trail Coordinator]. I’ve got to say this, I never really counted the time, it was fun doing it. It wasn’t the money, I was well enough off that I didn’t need the money anyway. […]  I mean, that’s just the way you’re made, I guess, I don’t know, I like building things.”
-Lincoln “Linc” Van Sickel, June 7th, 2017[1] 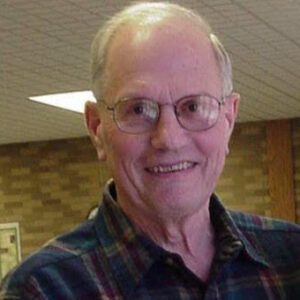 Lincoln “Linc” Van Sickel, an avid outdoorsman and talented engineer, wore many hats throughout his career. Once employed by the steel industry, which utilized the railroads for coal and steel transport, in 1992 Van Sickel joined the Somerset County Parks and Recreation Board to oversee the conversion of those rails to a bike trail. From 1992 until 1999, Van Sickel oversaw trail construction and directly coordinated Somerset County’s infrastructure rehabilitation projects, including the Salisbury and Keystone Viaducts.[2] Van Sickel’s decade-long effort to build the Great Allegheny Passage helped keep the idea of a trail system from Pittsburgh to Cumberland alive.

In June of 1992, Van Sickel saw an article in the Daily American newspaper about the formation of a Parks and Recreation Board in Somerset. Van Sickel reached out to Somerset County Commissioner Bob Will, who was in charge of assembling this new board.[3] From Will, Van Sickel learned that Somerset had purchased the right-of-way for a trail from CSX – at the time from Markleton to Rockwood – and wanted to establish a committee to oversee its operation and maintenance efforts.[4] Van Sickel joined the Somerset County Parks and Recreation Board as a volunteer and was elected chairman in December 1992 (and served until January of 1996).[5] This sparked Van Sickel’s involvement in the engineering and construction of the Somerset portion of the GAP trail. 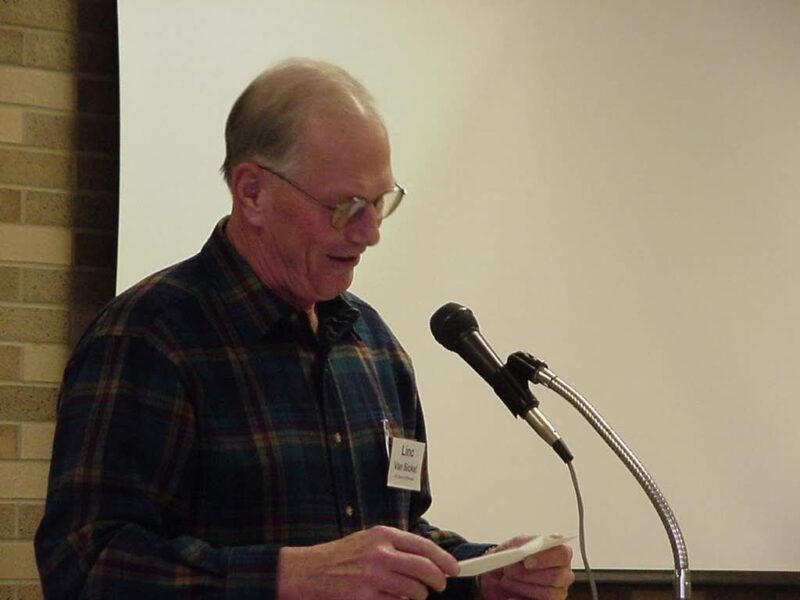 As a Parks and Recreation representative, Van Sickel was pulled into the operations of the Rockwood-Markleton trail section. Additionally, Van Sickel met regularly with the Allegheny Trail Alliance (ATA) to further cooperation on other trail projects and share ideas or problems. In 1995, he demonstrated his steadfast commitment to the ATA by attending a December meeting on a cot while recovering from recent back surgery.[6] On January 3rd, 1996, a day after Van Sickel retired from Penn Machine Company, Somerset County Commissioner Dave Mankamyer hired Van Sickel as the Trail Construction Coordinator for Somerset County, tasking him with organizing and facilitating GAP trail construction throughout the county.[7]

“[The trail groups] got together and got this idea of building this thing from Cumberland to Pittsburgh; it was a very exciting idea. We all bought into it. I never thought about it before. Somewhere along the line, it must have come up and we got excited about it. And then, I retired January 2, 1996 and January 3rd, Dave Mankamyer, who was on the county commission […] called me up and said, ‘Can you come down and talk to me? I want you to come to work for the county.’ And so, I went down there, and I went to talk to Dave and we worked out a deal. I was supposed to work one day a week. My job was to be Trail Construction Coordinator. They had received a $1.25 million grant and they were having a hard time getting it spent, getting stuff done. […] They wanted to get this money spent and get things built, get things done.”
-Lincoln “Linc” Van Sickel, June 7th, 2017[8]

In 1997, Linda M. Boxx led as ATA’s president, but had reservations about returning for another term. In 1998, her only request to remain as president was that Van Sickel be her vice president. Van Sickel considered this “quite the compliment” and worked with Linda at the ATA until 2005. During that time, he helped establish uniform standards for GAP trail partners. These standards minimized user confusion and increased partner cooperation by adding trail width requirements, GAP-sponsored signs, and mileage markers. 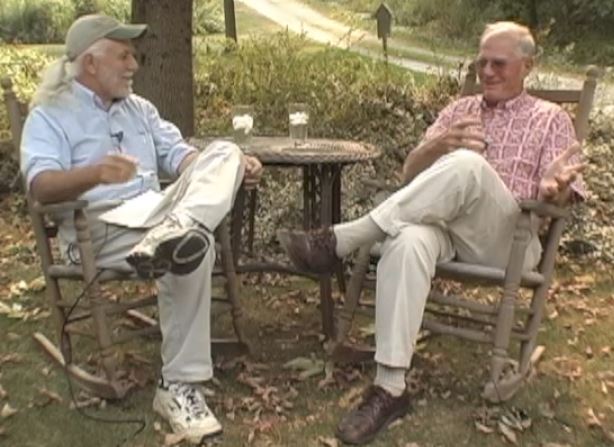 Van Sickel (right) in an interview with Paul g Wiegman about trailbuilding in Somerset, recorded in August 2005.

In 1993, while consulting and overseeing Somerset County trail development, Van Sickel helped construct the 7.5 miles of trail from Rockwood to the Pinkerton Low Bridge. The following year, Van Sickel worked on developing a 7-mile section of trail from Garrett to Rockwood along with rehabilitating the Pinkerton Tunnel.[9] The tunnel proved to be unstable and required more work, leading to the alternative solution of creating a detour around the tunnel and along the Pinkerton Horn. Van Sickel tackled other significant rehabilitation projects, including the Salisbury Viaduct in 1998, for which he finalized the necessary engineering study and secured federal funding.[10] A particularly precarious task during the rehabilitation was the collection of the old railroad ties from the soaring structure. The ties were removed successfully and loaded and hauled off to make way for redecking.[11] Van Sickel then designed special railings to ensure the safety of trail users crossing the high span.

“I know there [are] other places [where] people have been against these trails, but in Somerset County, I think it was pretty well accepted and today they all love it. They’re walking on it and they use it themselves and it brings in a terrific amount of people. […] It’s been a great accomplishment, much more than we ever imagined when we started. I mean, I had no idea what I was getting into.”
-Lincoln “Linc” Van Sickel, June 7, 2017[12]

Van Sickel also had a hand in beginning the Big Savage Tunnel restoration. As the Salisbury Viaduct project concluded, Van Sickel got Bethlehem Steel to produce an initial estimate on collapsible steel arches used in coal mines — which he thought would be useful to stabilize the Big Savage Tunnel. An early estimate was $3 million for the arches and to clean out the tunnel, but further evaluations indicated that the tunnel needed major reconstruction–to the tune of an estimated $12 million.[13]

The Confluence Trailhead was Van Sickel’s final construction project before he once again retired and Brett Hollern took over his job. Van Sickel continued working with the ATA and Somerset Parks and Recreation Board until 2005. Looking back at his trailbuilding career, Van Sickel shared that he never counted the hours of work he did. A legendary trail contributor, Van Sickel holds a prominent place in GAP construction and ATA’s history.