“It’s a very unique thing that I’m sort of one of those people that gets to do what they love. Although, it comes with its own share of headaches. It’s still really unique to be working on something I have an interest in in my free time. But, the most rewarding thing I get out of everything is building these trails because they’re so- they have so few restrictions for the people that can use them. And, there are so many different types of people who use them. They’re free. You don’t need to be in tremendous physical condition. You see people from 3 years of age to 92 years of age on them. And, it really gets people and introduces people back into being active, and also getting them outdoors, and riding bicycles, which I think is something that’s gaining popularity.”
-Brett Hollern, September 2005[1] 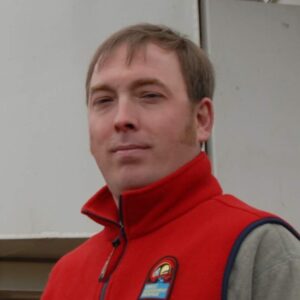 Not everyone has the opportunity to find a career focused around a hobby they enjoy, and Brett Hollern has counted himself lucky to have had such a career.[2] Hollern, a passionate bicyclist, spent over two decades helping to develop the Great Allegheny Passage (GAP) for the economic enrichment and health benefit of the people in his home county of Somerset. These positive effects are something that Hollern himself claims Somerset “would rarely see” if not for the creation of the GAP.[3] 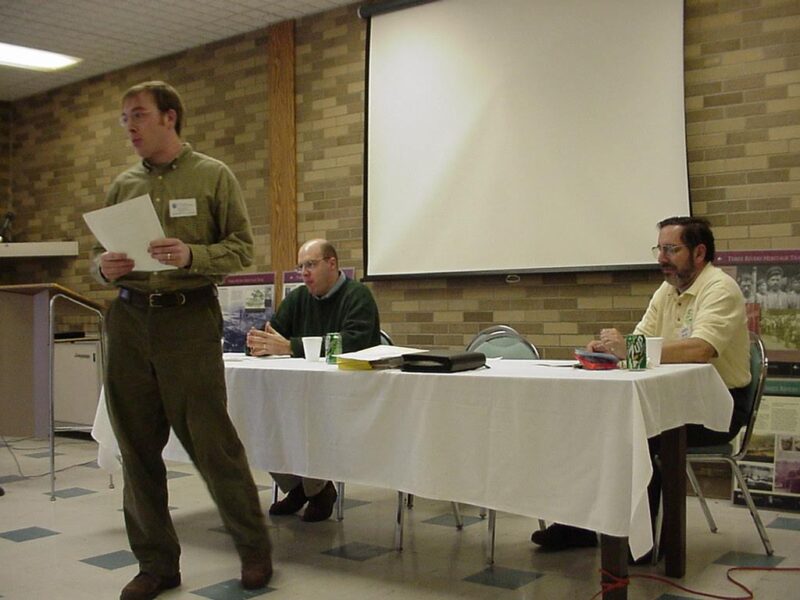 Hollern became acquainted with the trail project in its early years, when he interned with Somerset County on their Rails-to-Trails project while attending Penn State University.[4]

From that initial interaction, Hollern’s future was tied to the trail. He was hired by the Allegheny Trail Alliance (ATA) under a Department of Conservation and Natural Resources (DCNR) Circuit Rider Grant in 1999 to work as the Trails and Greenways Development Coordinator for the GAP Trail.[5]  In July 2004, when the grant ended, Hollern was hired by Somerset County as a full-time trail coordinator, and he remained in that role through the completion of the trail.[6]

When Hollern joined the trail project as an ATA employee, he assumed the work that was being done by Lincoln “Linc” Van Sickel, who was the former trail construction coordinator for Somerset County until Hollern took over.[7] Hollern completed the remaining paperwork for the Salisbury Viaduct rehabilitation, and also began to work on building the section of the trail from the Pinkerton High Bridge to Fort Hill, then onward from Fort Hill to Confluence (completed in 2002), and eventually to the Mason-Dixon Line.[8] Hollern’s role as trail coordinator was to keep the project moving forward. Hollern solicited contractor bids, approved design and material choices for trail development, and ensured the segments of the trail he was developing adhered to funding agency standards, ATA design guidelines and other trail design principles.[9] 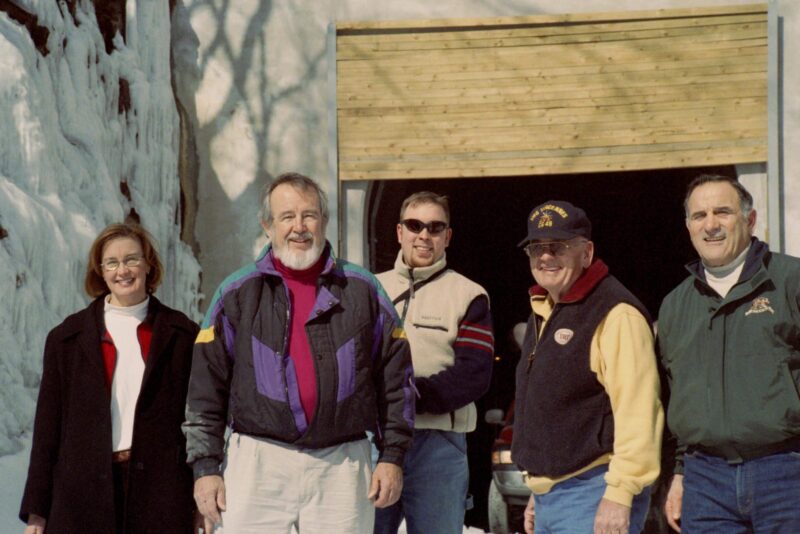 “Generally, I probably visited project sites two or three times a week, but more so just because of the logistical end of having to run 20 miles here and there. I talked to our inspector regularly for the projects. And then, it was pushing papers […] reviewing all the invoicing and then figuring out- because we were pulling from different pots of money and had matching requirements, […] figuring out how to manage those matching requirements and [sorting out] all the invoicing hurdles that we had to go through.”
-Brett Hollern, May 17th, 2019[10] 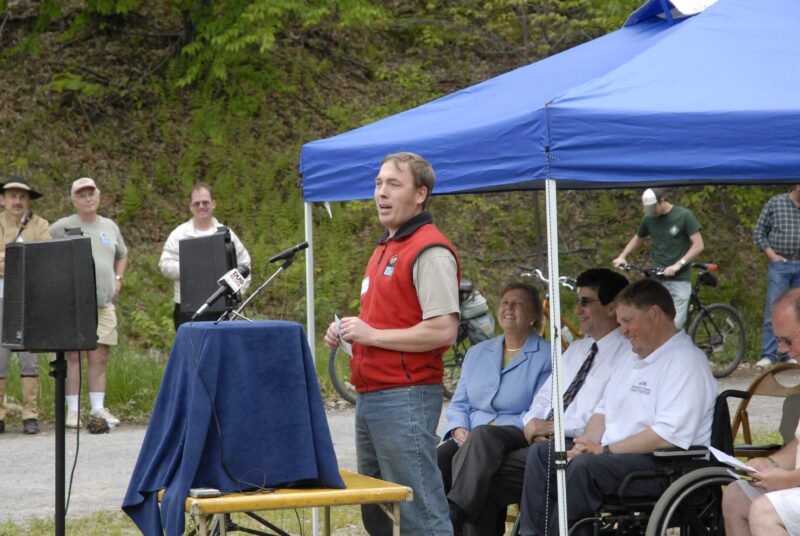 Hollern speaking at the Big Savage Tunnel dedication ceremony in 2006.

Hollern’s biggest challenge was the Big Savage Tunnel. The 3,295-foot-long structure had a myriad of drainage issues, sediment accumulation, and its structural integrity was failing. Costs kept rising as new problems were discovered. However, Hollern saw the entire project (including its hiccups) to be a rewarding experience to see through to the finish.

“I think probably the Big Savage Tunnel Project has been the most frustrating/rewarding project. Although, all these projects have been frustrating and rewarding. … [O]ne of the underlying things is I’m a bicyclist first and I work on bicycle trails second. So, it’s sort of like I’m getting to work on projects that I would be using in my free time.”
-Brett Hollern, September 2005[11] 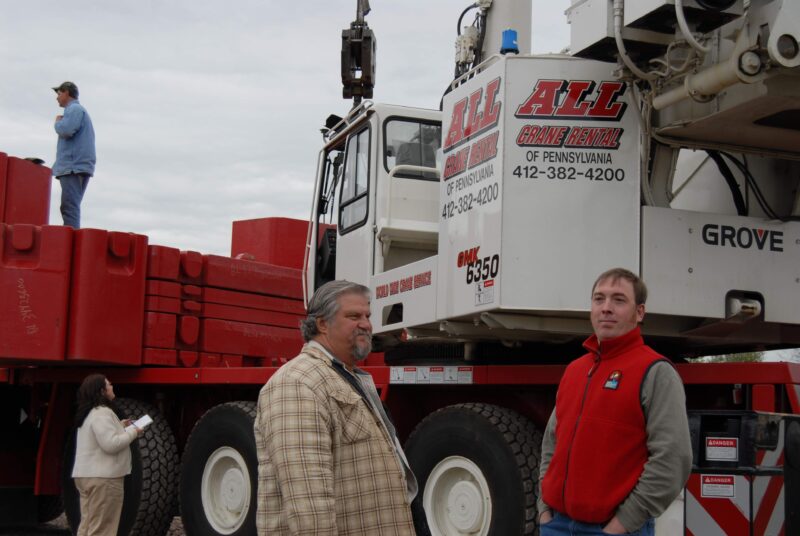 Hollern (right) with Rolland “Rhody” Rhodomoyer standing in front of the crane used to lift the Bollman Bridge.

During the same year as the Big Savage Tunnel evaluation, Hollern got a call from the PennDOT office asking if the GAP would be interested in having a 150-year-old truss-style framed bridge that was otherwise going to be scrapped due to an ownership dispute and concerns over the bridge’s safety as it was above grade of an active CSX railroad line: the structure was known as the Bollman Bridge.[12] Hollern facilitated the project by “paper pushing” the necessary bids, contractor invoices, and permits needed to relocate the Bollman Bridge from Summitt Township to above Scratch Hill Road.[13]


Hollern would continue to work on trail development and construction, involving everything from the Garrett Underpass (finished in 2011) to the rehabilitation of the Pinkerton Tunnel (finished in 2014).

Gradually he transitioned into general supervising of trail maintenance for the miles of the GAP managed by Somerset County. Due in part to Hollern’s local ties and love for biking, his efforts helped to complete the GAP trail in Somerset County.