“We work with hospitals, human service agencies, recreation – all different types of nonprofits. Some real big, some small. […] And, we say we try and take a look, a comprehensive view, of the nonprofit. What is it that they want to do overall, so we can advise them how to get there – not just to get money but how to be stronger as an organization – because if you’re stronger as an organization, you’re going to get more money.”
-Robert Teeter, May 23, 2019[1] 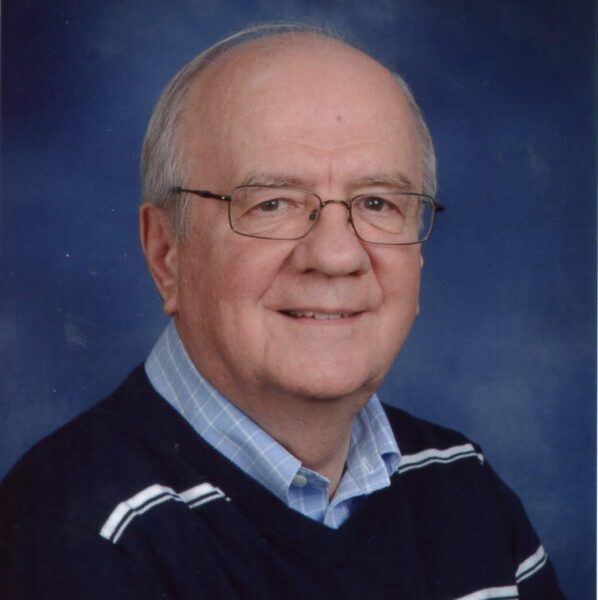 Teeter Associates, Inc. began in 1985 when Robert “Bob” Teeter left his position as Dean of Institutional Advancement at Saint Vincent College to start his own business.[2] Teeter Associates is a management consulting firm with extensive experience and expertise in planning, organizational development, and major fundraising. With the assistance of Sandra Finley and a few others, Bob Teeter got right to work helping organizations create appropriate fundraising plans for the private sector. Teeter Associates over time would eventually help coordinate organizations to build relationships and receive fundraising through private corporations, foundations, and individual donors.[3] Meanwhile, Delta Development Group assisted in tackling the public funding strategy on the state and federal level.[4]

“[I]t was clear that there was a need because even when I was at Saint Vincent, people would come and say, ‘Can you help us with this? We’re trying to work on this project, can you give us a little bit of advice?’ And, it was so clear that many, many nonprofits didn’t [know] how to raise big money. They were excellent at their mission, they did a lot of good things, they could handle the routine, ongoing things. But, there is a real big gap in terms of knowing how to step it up a couple levels and to get bigger funding and how to mix government and foundation and corporation, individual events – all those different types of things…”
-Robert Teeter, May 23, 2019[5]

Teeter Associates was an integral part of establishing the Allegheny Trail Alliance (ATA), helping to facilitate the coordination of the nine individual trails groups and develop the master implementation plan, raising the needed funding (over $80 million), and managing the ATA office for the first 10 years.

Teeter Associates first got involved with trail development along the GAP when they were hired by the Regional Trail Corporation (RTC) in 1992.[6] Teeter Associates arranged a meeting with Hank Beukema of the McCune Foundation and gave a presentation about the trail in an effort to secure $25,000 dollars.[7] Beukema told Finley, who was presenting plans for development along the Yough River Trail North, that his organization wouldn’t give any more money unless the trail had plans to go to Washington D.C.[8] Bringing on RTC board member and Katherine Mabis McKenna Foundation Chairman Linda M. Boxx, Teeter Associates was able to secure another foundation meeting between Mike Watson (Richard King Mellon Foundation), the Heinz Foundation, and McCune Foundation.[9] At the behest of the foundations, they highly encouraged a coordinated plan that would combine all the needs of the various trail groups into one action plan.[10] As it became clear that foundations were after a concrete vision and plan to link Pittsburgh to Washington D.C., Teeter Associates helped draft a master implementation plan for the newly incorporated Allegheny Trail Alliance, which was founded to promote and build the trail from Cumberland to Pittsburgh.[11]

The master implementation plan covered four main areas of focus: construction, maintenance, marketing, and fundraising–which was Teeter Associates’ primary area of involvement.[12] Bob Teeter’s perspective was that the foundations were partners invested in the shared venture of building the GAP.[13] The ATA and Teeter Associates worked with the local foundations as the plan was being developed,[14] and when Boxx took the finalized master implementation plan to the foundations in May of 1997 they began to provide financial support for the trail.[15]

Teeter Associates also acted as a base of operations for the Allegheny Trail Alliance, with Finley commiting to much of the administrative, grant writing, operations and marketing work full time. Bob Teeter explains the duties Teeter Associates took on from the mid-1990s in managing the ATA office, until a formal one could be established:

“Our role in terms of getting the materials organized, getting the meetings planned, writing up the background, keeping the documents, all that kind of stuff. […] They didn’t want to form a permanent organization. So, Linda [Boxx] kept saying, ‘Well, you guys aren’t permanent. You’ll do it for a while and then we don’t need to do it anymore.’ And, everybody was all right with that. But, I’m still- like, people came through and took the files when we quit doing it. And, we have more files on that than probably 30 of our clients.”[16]

For about a decade all GAP business went through Teeter Associates’ office.[17] Teeter Associates did the day-to-day operations for the ATA. This approach was not unusual for Teeter Associates to take on (at least until clients could get established themselves), but the years of operations, marketing and fundraising on behalf of ATA stretched far beyond the average consulting work.[18] Teeter Associates created a solid local funding strategy and corporate partnerships that cultivated millions of dollars in private and foundation donations for the development of the Great Allegheny Passage.

An ideal that Bob Teeter continues to hold for Teeter Associates revolves around establishing collaborative partnerships between clients and foundations. The GAP project was an ongoing discussion between foundations and the ATA, with Teeter Associates updating the foundations on its progress and the financial support that ATA was receiving.[19]

Teeter Associates’ philosophy believes that fundraising requires more than just a grant application. To Bob Teeter, what matters is the relationship that is built as the project progresses, especially a project as expansive as the GAP.[20] Following this principle, Bob Teeter and his firm was able to assist the ATA to become a centralized, well-regarded nonprofit organization and helped them to complete the Great Allegheny Passage in the most cost effective manner.

To find out more about Teeter Associates and the partnerships they create, visit their website by clicking the image below:

[1] Bob Teeter, (Co-founder of Teeter Associates, Interview with Sandra Finley about consulting made with the ATA), interviewed by Avigail Oren, Greensburg, PA, May 23rd, 2019.  Transcript: “Bob Teeter and Sandra Finley_Final,” 1.