“I mean, it just got very interesting as to what was going to happen. You know, a missing link and I’m a part of going to make it happen. A few things in life make you feel [that] good.”
-Rolland “Rhody” Rhodomoyer, May 17, 2019[1] 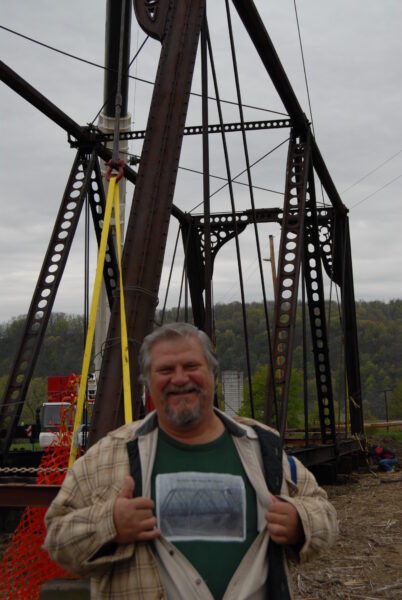 Starting his professional career in construction with the Pennsylvania Department of Transportation in 1963, Rhodomoyer’s involvement shifted in 1969 to become a surveyor for the Department of Conservation and Natural Resources (DCNR).[2] He surveyed state park boundaries east of the Susquehanna River and by the 1980s he was using his surveyor experience to help with construction management.[3] Rhodomoyer had knowledge of trailbuilding from previous park projects, like the Pine Creek Trail, and because of his skill at reading surveyor notes and build specifications, he was flexible when it was necessary to make changes on construction projects.[4] Rhodomoyer was hired on to the Great Allegheny Passage (GAP) construction project as an on-site project manager for the Big Savage Tunnel in 2001, after 38.5 years working for DCNR.[5] 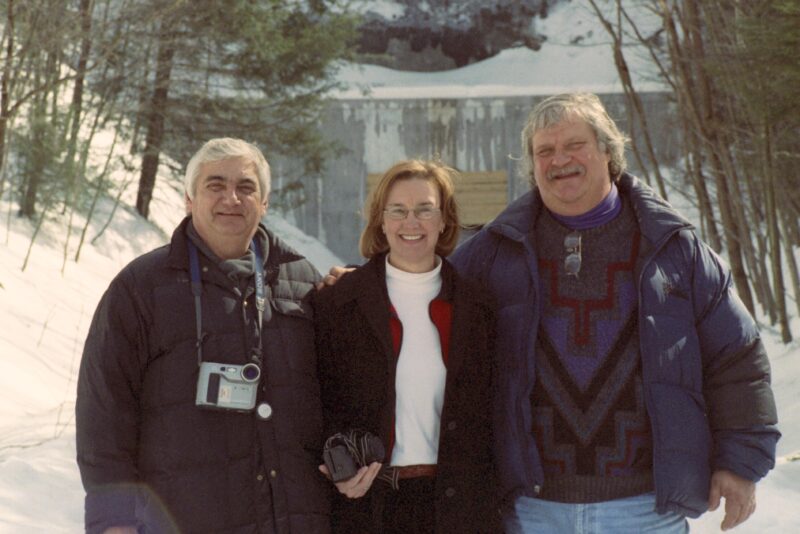 Rhodomoyer role as the site inspector and project manager was to keep the contractors accountable to the construction plan.[6] AWK Group of Companies completed the preliminary engineering, then Advanced Construction Techniques (ACT) took over after the project was put out to bid, bringing in their own engineers under Gannett Fleming to accommodate the rehabilitation needs of the tunnel.[7] Rhodomoyer oversaw 30 workers, all from Canada, that worked for ACT in various construction capacities.[8] Rhodomoyer kept construction moving smoothly until the project’s completion two years later, in 2003.[9] Gaps in the trail leading up to the tunnel took another few years to get built, and in 2006 a big celebration opening the Big Savage Tunnel was finally held.[10]

“I love my work and I always did. I’m very devoted to it. So many nights, I walked out of that tunnel at midnight because they were still working and finished up. […] You know, truthfully, it never really got out of my head. When you were involved, that’s it. I mean, to even see it done was great, but when I look at the tunnel, I think of all that went on inside it.”
-Rolland “Rhody” Rhodomoyer, May 17, 2019[11] 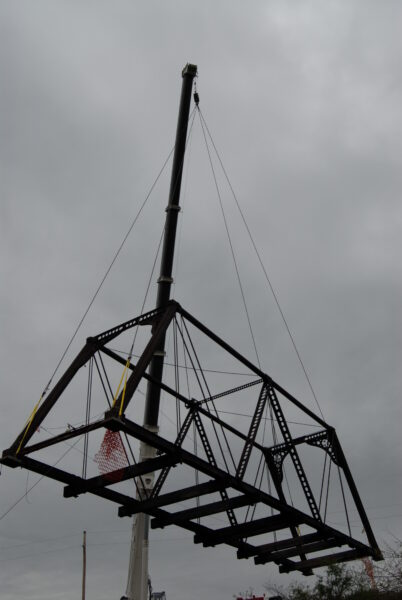 Rhodomoyer also helped to manage the Bollman Bridge relocation project. Linda M. Boxx asked Rhodomoyer personally to help oversee the project, leading to Rhodomoyer arranging with Earl Miller (a house mover from Bedford, PA) and other local contractors to transport the Bollman Bridge from its location at the Petenbrink Farm near Meyersdale, PA to an overhead crossing over Scratch Hill Road.[12] Rhodomoyer was also involved in determining the design and proper removal of the bridge and escorting it safely to its new destination on the GAP.[13] The Bollman Bridge was officially completed in 2008.[14]

“One incident that happened when we were setting the [Bollman] bridge on the pile abutments was [that] for days the public would say that bridge will never fit: ‘It’s too long, it’s too short, it’s too wide etc.’ So I made some circles on the cap and the bridge landed on it to perfection. I heard no more comments regarding the bridge.”
-Rolland “Rhody” Rhodomoyer, May 17, 2019[15]

Rhodomoyer was a loyal project manager and kept operations moving. Without his particular expertise, constant vigilance, and attention to detail, rehabilitations of the Big Savage Tunnel and the Bollman Bridge may not have been completed on time, or may have cost more than was necessary. Honest to his work and his employers, Rhodomoyer was a foundational member of the GAP trailbuilding team in Somerset County.

[9] Rolland “Rhody” Rhodomoyer, Transcript: “Brett And Rhody Interview,” 15; Paul G.Wiegman, The Great Allegheny Passage: A History, (Allegheny Trail Alliance, 2013), 108-109. *To clarify, the actual construction of the Big Savage Tunnel was completed in December of 2003. However the trail itself had not yet been built up to it by that point, the last segment around the tunnel being Big Savage Tunnel to Sand Patch in 2005.