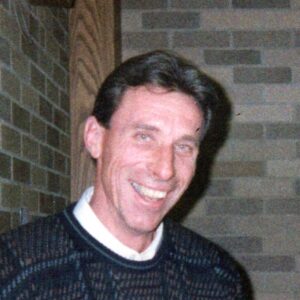 The Great Allegheny Passage’s origins are tied to Ohiopyle State Park’s development in the 1970s as a recreation destination. In late 1970, the Pennsylvania Bureau of State Parks had hired landscape architect Ed Deaton to lead several park planning projects, including completing a master plan for Ohiopyle State Park.[2] This was the first park the Commonwealth of Pennsylvania acquired through the Project 70 Land Acquisition and Borrowing Act[3] and, at the time, contained 18,719 acres.[4] Deaton’s resulting 35-year career with the Commonwealth allowed him to work outdoors, overseeing diverse community projects used and loved by the people that lived there, including portions of the Great Allegheny Passage.

“Like [Pennsylvania Department of Environmental Resources] Secretary [Maurice] Goddard used to say, we were the white hat guys. We didn’t wear the black hats because we were out there doing work on things that people enjoyed.”
– Ed Deaton, April 12, 2019[5]

In 1973, Deaton was working with Pittsburgh-based consulting firm Simons and Simons (later Environmental Planning and Design) on the Ohiopyle master plan and learning about the potential Western Maryland Railway abandonment and creation of a hiking and biking trail.[6] That concept naturally became intertwined with the master plan. By early 1974, Deaton, his consulting team and Western Pennsylvania Conservancy (WPC) staff began studying the railroad grade between the Pennsylvania/Maryland border and South Connellsville to add possible trail opportunities to the burgeoning whitewater rafting and kayaking industry at Ohiopyle.[7] The team primarily focused on the confines of the state park. Ultimately, 26.75 miles of the railroad line, all in Fayette County, were acquired for the trail.[8] Deaton’s role was to create a comprehensive view of the trail segments and identify for the engineers what was needed to accommodate future users.

“As the Chief of the Park Planning Section in the BSP [Bureau of State Parks], I developed the overall acquisition requirements, conceptual plans, functional layout and carrying capacity for the trail components that Jerry [Yocum] followed in his design work.”
– Ed Deaton, July 4, 2019[9]

After the first 9.4 miles of the Youghiogheny River Trail finally opened in 1986,[10] Deaton continued to work on projects that extended the trail within and beyond the boundaries of Ohiopyle State Park. He helped the WPC acquire parcels from private owners along the former railroad, including a key land transfer from the Turkeyfoot Game Club near the town of Confluence that permitted the trail to continue through the club property.[11] His transportation studies helped to develop parking areas and shuttle services at Ohiopyle that enabled the hiking and biking trail to expand from Ferncliff Peninsula to Bruner Run.[12]

From his early work completing the Ohiopyle State Park master plan to later infrastructure improvements, Deaton remained involved with the progress of the Great Allegheny Passage through his 2005 retirement as Chief of the Park Planning Section of the Bureau of State Parks. His design suggestions were incorporated into the renovated Ohiopyle Low Bridge, which won a national Merit Award from the U.S. Department of Transportation in 2000.[13] Deaton’s projects also included creating an inventory and geographical database of railroad abandonments and supporting smaller trail projects that would eventually be linked to a broader statewide initiative.[14]

“The success of the trail through all of this time and its continued prominence and the rail-trail expansion of the rail-trail program across the Commonwealth is quite rewarding having been in on the very beginning of both. So, I take a lot of personal pride in that.”
– Ed Deaton, April 12, 2019.[15]

[11] Avigail Oren interview with Ed Deaton and Larry Williamson. April 12, 2019. “The Department of Conservation and Natural Resources’ Bureau of State Parks proposes to exchange approximately 6.6 acres of Ohiopyle State Park (previously a section of the abandoned Western Maryland Railroad) for 6.8 acres of adjacent land owned by the Turkeyfoot Fish and Game Association… This exchange would consolidate property owned by the Association, and provide Ohiopyle State Park with a riverfront corridor that would enable the completion of approximately 1 mile of the Yough River Trail between Confluence and the park. This exchange also signifies completion of a missing link in this 28-mile trail between the city of Connellsville and Confluence.” – Special Notices: Land Exchange. Pennsylvania Bulletin. Vol. 26, No. 14. April 6, 1996. Pages 1599-1600. http://www.pacodeandbulletin.gov/secure/pabulletin/data/vol26/26-14/26-14.pdf.

[13] Avigail Oren interview with Ed Deaton and Larry Williamson. April 12, 2019. “The Yough River Trail Bridge in Ohiopyle State Park was selected from more than 260 entries and was one of only 27 projects to receive a Merit Award at the Design for Transportation National Awards 2000 ceremony in Washington, D.C. It was the only project in Pennsylvania to win an award.” – “DCNR rail-trail bridge wins national award for design.” Daily American (Somerset, PA). July 5, 2000.

[14] After the Rails-to-Trails Act passed in 1990, the Pennsylvania Department of Conservation and Natural resources launched a Rails-to-Trails program, making state and federal funding available for trail projects in the commonwealth. “…We were given the task in addition to our state park work of developing a rail-trail program statewide. So, one of the things we did was inventoried all of their rail abandonments that the ICC [Interstate Commerce Commission] had from 1960 to somewhere in the 80s. And then, we set up a geographic information system so that clubs and not-for-profits and whatever could go in and look at each one of these abandonments and vacated rail grades parcel by parcel of land ownership and identify. By doing that, then we were able to link these micro-projects in a broader regional and statewide context to see how these might dovetail with the Greenways corridors that Larry [Williamson, Deputy Secretarry for the Pennsylvania Department of Conservation and Natural Resources] was working on. So they became more – these areas and reaches became more than just a single-faceted activity or purpose.” – Ed Deaton.  Avigail Oren interview with Ed Deaton and Larry Williamson. April 12, 2019.